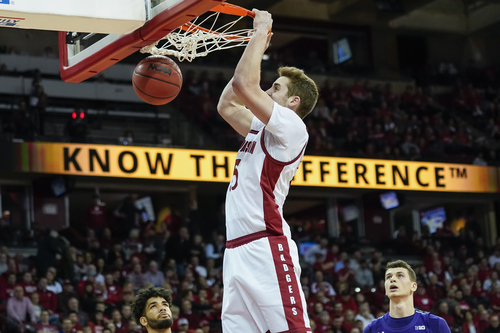 The worst-case scenario for the NCAA men’s basketball tournament is the one that is playing out right now.

Or rather, not playing at all right now instead of starting Thursday.

Last week’s news that the tournament has been canceled — along with all other NCAA events, while major pro leagues were put on hold for long stretches, all in the name of fighting the spread of the coronavirus — was a major blow to fans of March Madness.

For a lot of Minnesota fans, though, the (albeit distant) second-worst scenario is one in which the rival Wisconsin Badgers cut down the nets as One Shining Moment plays at the end of the dance.

That’s exactly how things played out in one credible (though obviously dystopian) ESPN.com simulation.

The catch was that it was a single simulation — not, say, the most likely outcomes from 50,000 simulations — that ESPN.com published.

As it notes: A single simulation means that upsets will happen. The unexpected will rear its head. Because any given Thursday-Sunday in March, there’s some weird in college basketball. And that’s reflected here.

The reality spit out in the one simulation has Wisconsin going all the way. The fourth-seeded Badgers — who had momentum on their side after surging to a share of the Big Ten title in real life — made a run and then knocked off another underdog, sixth-seeded BYU, in the championship game. As the site says:

“The Badgers have done it! In the college basketball season that made no sense, Wisconsin has come out of (relatively) nowhere to take the national championship. The Badgers had less than a 1% chance to pull off this feat entering the tourney. … This is a team that did not begin the season in the AP’s Top 25 and only barely cracked it in the last set of rankings. Not that any of that matters, because the Badgers are now (simulated) champions!”

Here’s a look about the entire simulated tournament.

If you’d like a different simulation, by the way, check this Twitter feed — which is doing a “virtual March Madness” and staggering the games along the way. Or read how our Marcus Fuller projected things.

Anything that lets us have a little of the fun while hopefully ensuring the Badgers aren’t champions is fine by me.