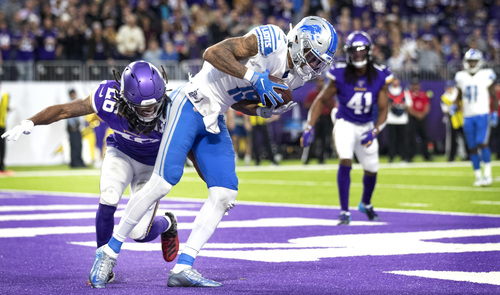 Every day, I’m going to provide you with three topics for your virtual happy hour — a concept that is probably starting earlier and earlier every day. Let’s get to it: 1) ESPN did a ranking of the five most underrated and overrated signings so far in NFL free agency, and coming in on the “overrated” side was Trae Waynes — the former Vikings corner who signed a three-year, $42 million deal with the Bengals. “Some might say that Waynes has lived up to his lofty expectations as the 11th overall pick in the 2015 NFL draft — but he hasn’t,” it says at the beginning. Ouch! 2) The Olympics are unofficially officially postponed. Longtime IOC member Dick Pound told USA Today as much, though it hasn’t been confirmed by a larger body yet. “On the basis of the information the IOC has, postponement has been decided,” Pound said in a phone interview. “The parameters going forward have not been determined, but the Games are not going to start on July 24, that much I know.” It sounds like the Summer Games will move to 2021 in Tokyo. 3) Tom Brady just went to Tampa Bay, but if you want to relive his EARLY days in New England you can watch his first Super Bowl — Feb. 3, 2002 — against the Rams at 9 p.m. tonight on NFL Network, right after your very long virtual happy hour ends.