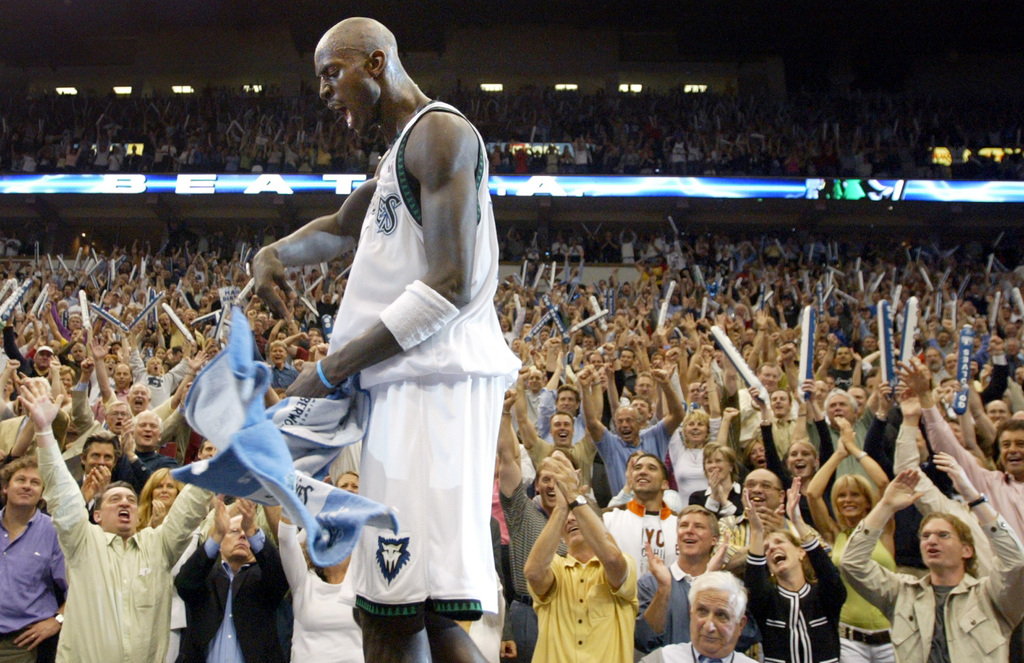 I’ve been doing my best to provide you with virtual happy hour topics, and today I want to try something a little different. Instead of just giving you three things from the news of the day, here is a subject you can debate over a beverage of choice shared through the warm glow of a screen:

Who is the second-best player in Timberwolves history?

This assumes the obvious, that Kevin Garnett is the best player in Wolves history. If you want to debate that, you are on your own. Get a few cans of Four Loko and have at it. (By the way, did you know Four Loko is in the hard seltzer game? 12% alcohol).

As for the topic at hand: We have a leader in the clubhouse for second-best, but we hardly have an agreement. I’ve been engaged in this debate for the last 30 minutes or so on Twitter, though I have not yet begun my virtual happy hour AS FAR AS YOU KNOW.

My vote goes along with the consensus, achieved through two separate Twitter polls. The first offered just two choices: Karl-Anthony Towns and Kevin Love. The second added Sam Cassell and Jimmy Butler to the mix.

KAT was the winner in both cases by close to a 2 to 1 margin, though in the second poll the other two options seemed to siphon more votes from him than Love.

I think Towns is the right answer, and advanced stats tend to agree, but people certainly have their own opinions and favorites.

Maybe you will have an epiphany?