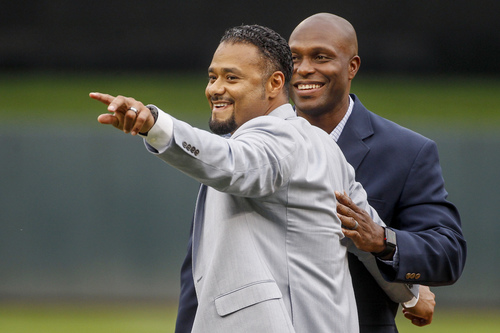 Jim Souhan and I had a fun discussion on Wednesday’s Twins Insider podcast: What was the best Twins team of the last 20 years? That encompasses all eight playoff seasons from 2002-present, providing plenty of fodder for debate.

It’s glorious outside, so I suggest you talk about this OUTSIDE during your virtual happy hour. Everything is portable. You can do it.

Items for discussion: Is the answer the 2019 Twins because they won the most games (101)? Is it the 2002 Twins because they were the only Twins team to advance in the playoffs in any of those  seasons? Maybe it’s the 2006 Twins because that team featured an MVP (Justin Morneau), batting champ (Joe Mauer) and Cy Young (Johan Santana). I’d listen to an argument for 2004 (should have beaten the Yankees in the playoffs) or 2010 (strong veteran team that looked built for a run before, you know, Yankees.

If you burn through that one, Souhan and I also discussed this: Take any Twins player from any Twins season in the last 20 years and put him on another Twins team from the last 20 years. What one swap gives that new team the best chance to win it all?

Souhan probably had the correct answer: Put 2006-era Johan Santana on the 2019 Twins — solving an obvious problem (top-notch starting pitching) for an otherwise loaded team. I also wondered if putting MVP Joe Mauer from 2009 on the 2004 Twins (the year Mauer got hurt and they leaned on Henry Blanco at catcher) might have made enough of a postseason difference.

Maybe you want 2006 Nick Punto on all of those teams for his HUSTLE AND GRIT. The most painful answer, of course, is to put the first four months of 2006 Francisco Liriano on the postseason roster that season. If he hadn’t been injured late that season, the Twins just might have won it all.

Stay home. Stay safe. And tell me how the discussion plays out.