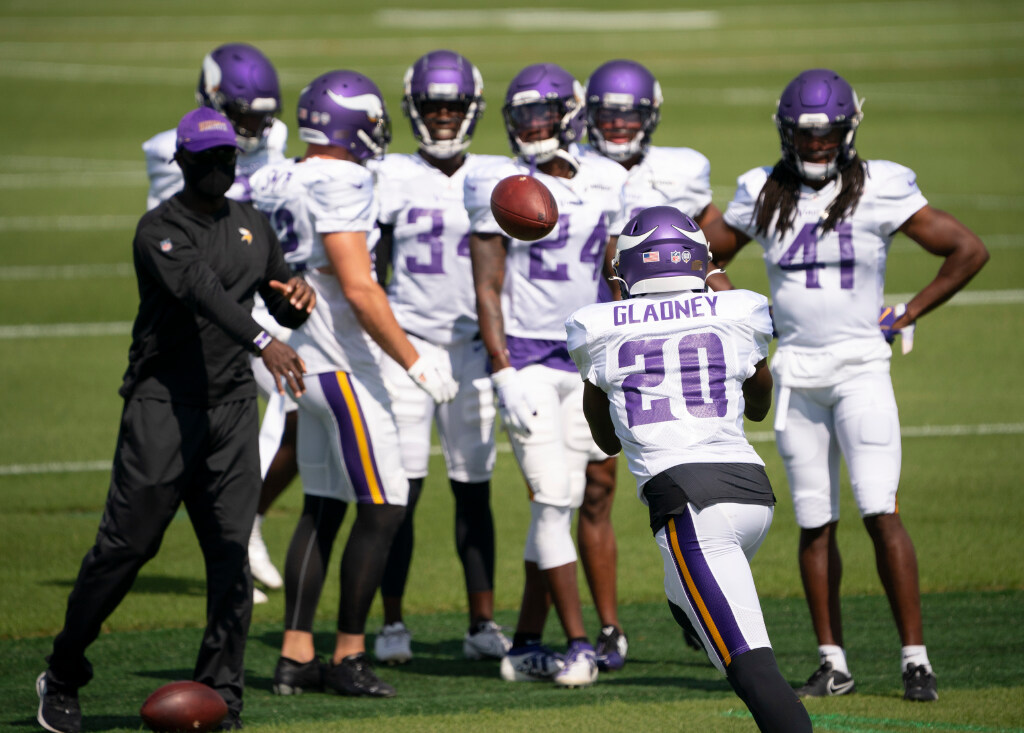 I’m having a hard time sorting out this Vikings season because of the significant roster turnover and the general unpredictability fostered by the coronavirus-shortened offseason and lack of preseason games.

In life, when such things happen, it’s helpful to take things day by day. With the Vikings, to gain some clarity on what to make of this team, I’ve decided to break the roster down position-by-position in a rather unscientific way: Assigning a number 1-10 to my confidence level with each group. Some clarity to this was added Monday when the Vikings released their first “unofficial” depth chart of the season.

This is imperfect. But maybe it will help you, too, as we prepare to watch this team play in less than a week. Here we go, in order of my greatest to least confidence in a position group:

Linebacker: Confidence level – 8. There’s a great deal of continuity and comfort here with Eric Kendricks and Anthony Barr in tandem for the sixth consecutive season. Add in Eric Wilson, a solid third starter, and this is a strong group. Pro Football Focus didn’t love Barr’s 2019 season, and the depth might be in question if there is an injury, but overall I feel good about the Vikings linebackers.

Running back: Confidence level – 7. Who knows what the future will bring for Dalvin Cook in terms of a contract extension. The present season, though, should reveal a running back eager to produce and stay healthy. When the latter is the case, Cook is among the best in the NFL. But that’s a big if, since he’s missed 19 games in his first three seasons. Alexander Mattison provides fairly seamless production as a backup, and fullback C.J. Ham has plenty of value. Cook and Mattison are poor pass blockers, which is preventing the confidence level from being even higher.

Defensive line: Confidence level – 6. The stunning recent trade for Yannick Ngakoue boosted this group, giving the Vikings one of the strongest edge rush tandems in the league along with Danielle Hunter. As with the other side of the ball on the line, though, I’m worried about the interior players. That knocks this grade down a spot or two.

Quarterback: Confidence level – 6. Kirk Cousins is a durable, above-average quarterback. He was better in 2019 than he was in 2018, leading the Vikings to the playoffs and a win in the wild card round. If this was Cousins alone, the ranking would probably be a 7. But I don’t think his ceiling is any higher than that, and any long-term injury to him would be devastating.

Special teams: Confidence level – 6. Dan Bailey was very solid last season, as was punter/holder Britton Colquitt. The Vikings seem to have shored up special teams, but I’d like to see it be drama-free for another season before I get too excited.

Wide receiver/tight end: Confidence level – 4. An awful lot of ifs on this list. I’d like to make the number higher if … Adam Thielen is healthy/productive … if Justin Jefferson is the real deal and overtakes Bisi Johnson as the No. 2 receiver … if Irv Smith Jr. takes another step forward this year. Stefon Diggs made life very interesting last season, but through it all he was productive. His departure can’t be overlooked and is enough to make me uncomfortable at the outset.

Secondary: Confidence level – 4. This is a real feast-or-famine group. Vikings safeties Harrison Smith and Anthony Harris might be the best duo in the NFL. But while the Vikings will certainly keep more than just those two safeties – yep, they were it on the initial 53-man roster and depth chart – they are vulnerable to injuries there. As for corner, we are about to see a season of trial by fire for Mike Hughes, Holton Hill, Jeff Gladney and Cameron Dantzler. They will face a ton of great quarterbacks, and we have no evidence – yet – that they collectively will be up to the task.

Offensive line: Confidence level – 2. The Vikings are sure banking on coaching and hope here. Tackles Riley Reiff and Brian O’Neill should be functional. But the interior of the line is a massive question mark. Dakota Dozier, Garrett Bradbury and Pat Elflein start the season atop the depth chart. Ezra Cleveland, drafted in the second round as a tackle, is a second-team guard to start the year. I see no meaningful upgrades to a group that was subpar a year ago. This position group is a perennial worry, and 2020 is no different. As Pro Football Focus wrote: “The Vikings have a good zone-blocking line that gave their running backs the third-highest percentage of positively graded blocks per rush last season, but there are holes in pass protection that can be exploited, especially in must-pass situations against good defensive lines.”

As long as that’s the case, the Vikings’ overall ceiling will only be so high, and my confidence in them will be reflected accordingly.