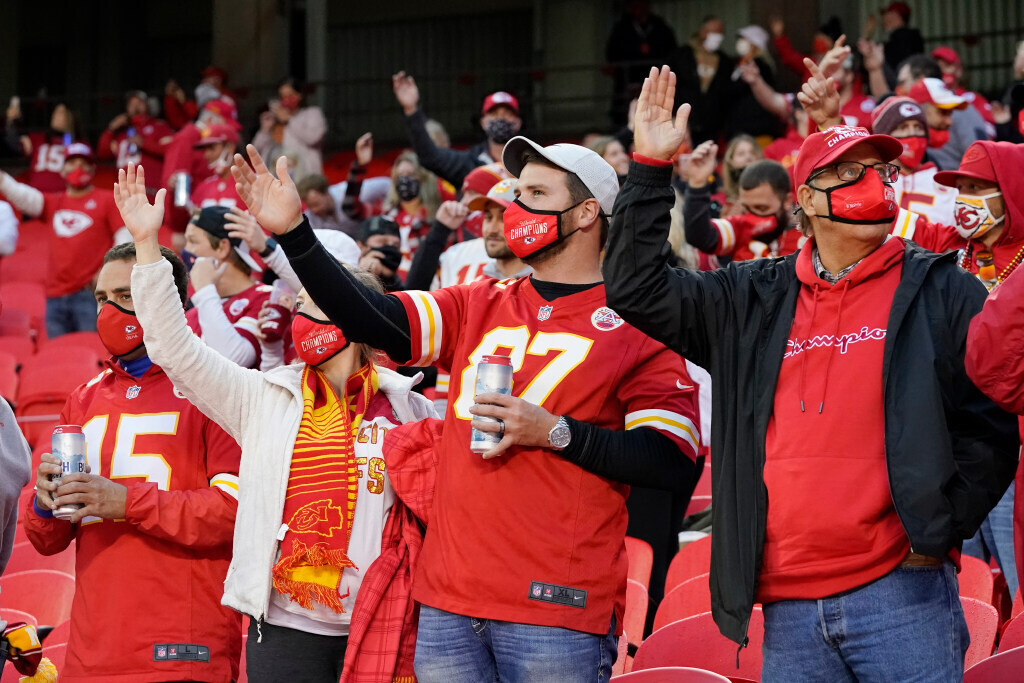 The NFL — heck, pro sports as a whole … heck, our country as a whole — is in a much different spot in the conversation on social justice and racial inequality than even six months ago.

National polling suggested support for Black Lives Matter doubled this summer from where it was in 2016 — around the time that Colin Kaepernick knelt before the national anthem during an NFL preseason game. As the idea that racism is a major problem has become the majority opinion in the United States, athletes have been more willing to speak out — and their leagues have had no choice but to follow them.

That includes the NFL, which perhaps had the furthest to travel of all the major U.S. leagues given its recent past. That said, if Thursday’s opener between Kansas City and Houston is any indication, any progress in this realm will be a matter of two steps forward and (choose your own adventure/number) steps back.

*The obvious one was the reaction to members of the Texans and Kansas City stood arm-in-arm in the center of the field before the game. It came after the Texans stayed in the locker room during the playing of both “The Star Spangled Banner” and “Lift Every Voice and Sing.”

The linked-arm moment, a simple but notable display of unity, was greeted with boos from fans. Not all fans. There was plenty of clapping and cheering, too. But there were not many fine people on both sides of the idea of unity. That’s a pretty simple “yes, good idea.”

As Texans defensive end J.J. Watt said: “The moment of unity I personally thought was good. I mean the booing during that moment was unfortunate. I don’t fully understand that. There was no flag involved. There was nothing involved other than two teams coming together to show unity.”

Don’t believe there was booing? Here’s some good evidence from the 25% capacity stands in Kansas City.

Were those fans booing because they don’t want social justice or the all-encompassing “politics” mixed in with their football, as so many blank Twitter avatars who joined the site in August 2020 would suggest?

Well, those fans seem to like it just fine when politics they agree with are mixed with sports. What they probably don’t like is having to think about something that challenges their belief system. And maybe watching Thursday Night Football is the only media they consume that challenges those beliefs.

These topics are all around us for a good reason: Until we address them, maybe we don’t deserve the full escape from reality that football fans seem to crave.

*USA Today noted that the NFL had signs and videos encouraging fans to vote and declaring “Black Lives Matter.” The latter is something I never imagined seeing in a league-sanctioned way inside a stadium. So we can’t overlook that as a significant marker.

But we also can’t overlook the irony of juxtaposition in the end zone: on the end line, a message declaring “end racism” … and just a couple yards away, painted in giant letters inside the end zone, the team name “Chiefs” — a racist nickname.

Maybe it’s “not as racist” as the Washington team name that was finally changed earlier this year, but when we accept degrees of racism as cultural norms we only enable the problem.

An insightful thought on this comes from a Kansas City-based Fansided interview with Dr. Stephanie Fryberg, a Professor of Psychology at the University of Michigan and a member of the Tulalip Tribes:

The problem with the Washington team was not limited to the fact that it was a slur. The problem is about the use of Native mascots more generally. Using Chiefs as a mascot opens the door to demeaning and mocking Native peoples. First, it gives license to fans to play Indian—to put on redface, wear chief headdresses, and imitate Native songs and dances.

Thursday’s game featured just that — Kansas City fans doing the “tomahawk chop,” even as the team has vowed to look into this practice and its harmful effects. (Photo above).

All of this serves as a reminder: Racism is not a single event. It’s a system. Slogans and unity displays can raise awareness, but awareness only takes us so far. The NFL should get some credit for the steps it has taken, but Thursday should remind us — as so much does these days — of how far we have left to go.