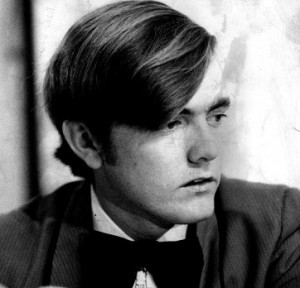 Here’s a wonderful bit of trivia that I stumbled onto Tuesday afternoon thanks to the Baseball Reference Twitter feed.

BR tweeted out a list of the 23 pitchers who had made the most opening day starts in MLB history — all of them that had nine or more such starts. Digging through the list revealed an interesting nugget: four of them made opening day starts for the Twins.

One of them is probably pretty obvious: Bert Blyleven. He got the call on opening day 12 times in his career, six of them coming with the Twins, with the first time being April 15, 1972 against Oakland. Those 12 opening day starts put Blyleven No. 7 all-time in baseball history.

Another one might be reasonably obvious if you (correctly) guessed that Jack Morris got the opening day nod in his one and only season with the Twins in 1991. Morris was lit up in that start on April 9, 1991, by Oakland, giving up 8 hits and 5 walks in just 4.2 innings of a 7-2 loss. The Twins started that season 2-9 before, of course, rallying to not only make the playoffs but win the World Series. Morris’ final start of the season was somewhat better than the first: 10 innings, 0 runs in Game 7 of the World Series. Morris is tied for second place on MLB’s all-time opening day starts list with 14, most of them coming with the Tigers.

Then it gets a little sneaky with the third name you might plausibly guess: Brad Radke. By a combination of default (not having much competition), competence (actually being a good pitcher on a bad team for many years) and veteran presence, Radke was the Twins’ opening day starter nine different times — all of them in a 10-season span from 1996-2005. The Twins went 7-2 in those starts. And those nine opening day starts put Radke in a nine-way tie for the 15th-most all-time.

If you got the fourth, you get a gold star for the day. I only had an inkling there might be a Twins connection when I saw Baseball Reference’s initial list, and even after that I had to look it up to be sure. But yes, in 2008 — the year after Johan Santana was traded to the Mets — Livan Hernandez was the Twins’ opening day starter. Hernandez pitched quite well in that March 31, 2008 opener at the Metrodome, going 7 strong innings in a 3-2 victory over the Angels. Like Radke, Hernandez finished with nine opening day starts in his career, putting him in that nine-pitcher logjam and squarely in the top 23 all-time.

*Tom Seaver is the all-time leader with 16 career opening day starts, while Randy Johnson and Steve Carlton are tied with Morris for second place with 14.

*Two of the pitchers on the list are still active: the Yankees’ CC Sabathia (11) and the Blue Jays’ Mark Buehrle (9).

*Outside of Radke, the other somewhat surprising name on the list of 23 — more than half of whom are in the Hall of Fame — is Steve Rogers. Like Radke, he spent his whole career with one team, hurling for the Expos from 1973-1985 and drawing an opening day assignment in nine of those 13 seasons.