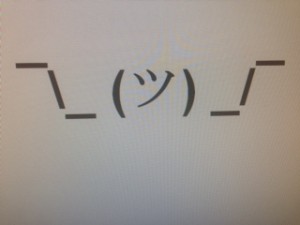 File this under: whoopsie doodle.

South Carolina had an awfully nice men’s basketball season, going 25-9, including 11-7 in the SEC. Many people thought the Gamecocks deserved a spot in the NCAA tournament. South Carolina certainly believed it.

And, for one not-so-shining moment, South Carolina truly believed it had made the field of 68.

That’s because the NCAA mistakenly sent word to the program that it had, in fact, made the tournament. The NCAA owned up to its mistake in a statement made Thursday — more than two weeks after it happened — following a slow trickle of media reports suggesting it had, in fact, happened. Per the statement from NCAA vice president of men’s basketball championships Dan Gavitt:

“Unfortunately, during the selection show a junior men’s basketball staff member mistakenly sent a text to a member of the University of South Carolina athletics department staff via an app we used for the first time during the 2016 tournament. The text was supposed to go to all teams, congratulating them for making the tournament. Regrettably, a text meant for another institution went to South Carolina instead. While the Gamecocks were given serious consideration, at no time during the selection process was South Carolina voted in to the field. Ultimately, they were one of the last four teams left out of the tournament. I take full responsibility for this clerical error and apologize to Coach Martin, his staff and team, and the entire University of South Carolina community.”

Full responsibility after first blaming an underling and then technology. Ah, but I digress.

The blame isn’t important. This is just a terrible thing. Imagine being a bubble team — the agony of waiting, the ecstasy of getting into the tournament … and then the blow of finding out it was a mistake.