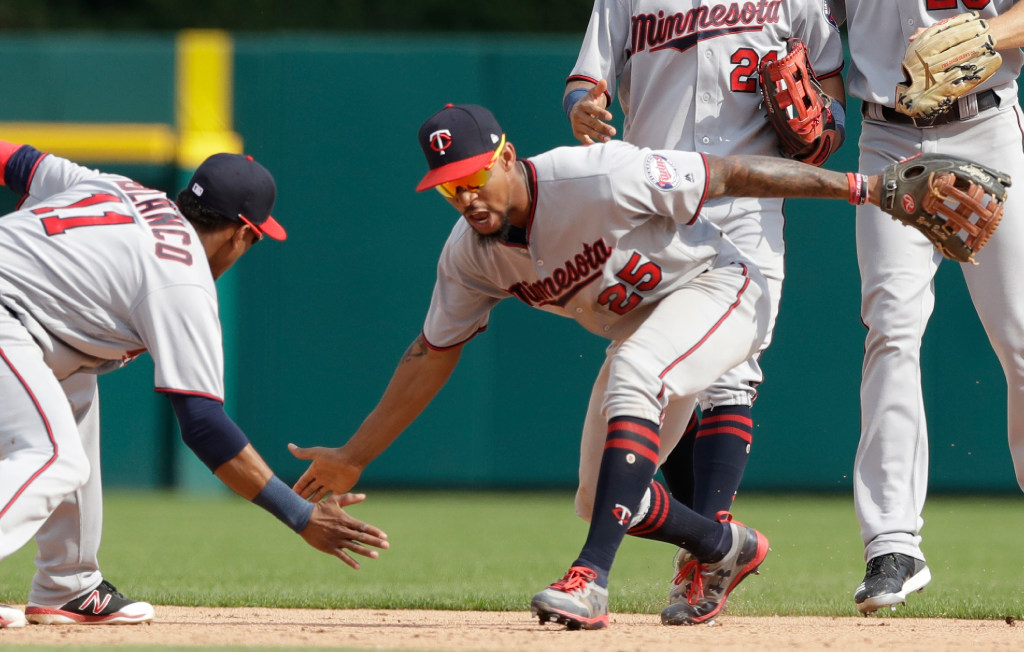 Byron Buxton has fooled us before, so let’s proceed with caution here even though the question is worth asking: Is the Twins center fielder figuring things out at the plate for good and turning a corner offensively, or is this just a hot streak?

It’s worth being careful because similar questions were being asked late in 2016, when Buxton cracked nine home runs and had an OPS of 1.011 in 29 games after coming back to the Twins starting Sept. 1. Enthusiasm over Buxton’s production carried over into the spring of 2017, when he hit .283 with a .908 OPS in Florida — numbers impressive enough for manager Paul Molitor to pencil Buxton into the No. 3 spot in the batting order at the start of the year.

And yet we know what has happened to that optimism in previous stints: it has caused us to look foolish in retrospect when Buxton slides backward. He started this season 1-for-18 with 11 strikeouts while batting third, earning a quick demotion to lower spots in the order. From there, the strikeouts piled up as Buxton often once again looked lost at the plate — bereft of a workable approach to hitting major league pitching, particularly anything that broke away from him.

With that as a preamble, let’s talk again about Buxton. Because for as hot as other Twins hitters have been lately (Eddie Rosario and Brian Dozier chief among them), Buxton has perhaps a little more quietly put together a very impressive run of games.

If we go back to July 4 — a span of just 19 games for Buxton because of an injury and the All-Star break — he’s hitting .371 in that stretch with a .920 OPS. If we look only at the last 13 games since Aug. 1 when he returned from injury, we still find Buxton hitting .317. He’s also crept up in the batting order to No. 6 a couple times in that span — the first times since the first four games of the season that he’s batted even that high.

Just as important as the change in his numbers — Buxton was hitting below .200 and striking out at a ridiculous rate through the first half of the season — is Buxton’s change in approach. The last two games in Detroit provided a microcosm: on Saturday, Buxton drove a pitch down the middle to right field for an opposite-field home run (his first, in fact, since July 4). 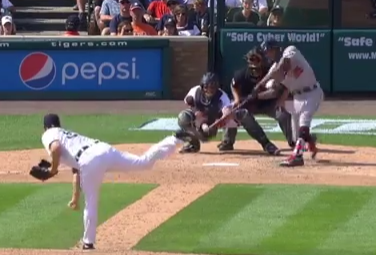 On Sunday, in an exceedingly impressive at-bat, on a 2-2 pitch Buxton hit a 92 mph fastball at the knees on the outside corner up the middle for an RBI single that broke a late tie and gave the Twins a vitally important victory over Detroit. (Frame grab shown here).

His plate coverage is light years ahead of where it was earlier this year as he allows the ball to travel farther and uses all fields. The change is intentional: “I did some work in the cage,” Buxton said recently. “Kind of got myself back on track, letting the ball travel to me a little more” before swinging.

But is it sustainable? Buxton is putting more balls in play, but even with his speed his .400 average on balls in play this month will flatten out at some point. That said, this feels like the most sustainable version of “good” Buxton we have seen in his parts of three years with the Twins. You can explain away a September tear against mediocre pitching or a strong spring far more easily than a bunch of hits to right and center — many off of good pitches.

The next step, of course, is replication instead of regression. And the step after that will be attempting to mix the power from the end of last year with the all-field approach of this year.

One thing is for sure: Buxton is already a game-changing player on defense. If Buxton has turned a corner at the plate, it changes the entire lineup. That’s how dynamic Buxton can be — and has been lately.