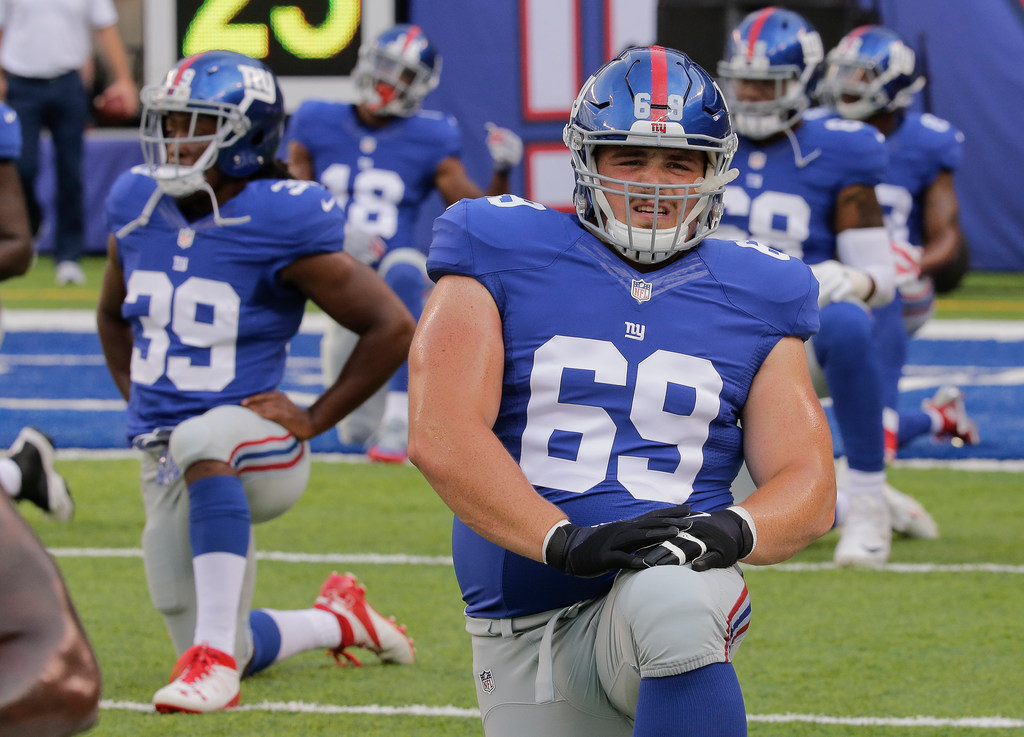 Because you can never read too much about a late addition offensive lineman acquired for a seventh-round pick, I’d like to add some words about the newest member of the Vikings, center Brett Jones.

*Most importantly, this was a much-needed move. As a vocal and frequent critic of how the Vikings handled the offensive line this offseason, I feel it’s only fair to offer credit where it’s due.

The Vikings and Rick Spielman were able to add what appears to be a starting-caliber lineman — not a star, but not someone from the scrap heap, either — for the reasonable price of $2.9 million in 2018 and a seventh-round draft pick next season.

If Pat Elflein has an extended stay on the sidelines — remember, he said in early June that he thought he’d be ready for the start of training camp, and here we are a month beyond that checkpoint with no clear timetable for return — Jones is a reasonable option at center.

If Elflein comes back sooner rather than later, Jones appears to have the positional versatility to play guard and could either slide into a starting spot or be a valuable safety net.

Maybe Spielman was fortunate someone like this was available. It doesn’t erase neglecting to draft an immediately ready lineman a few months ago, but it does diminish to a degree the likelihood that the offensive line will be a 2016-esque disaster.

*Mike Zimmer likes to take shots at Pro Football Focus, and it’s not without reason. There is a tendency for some (myself included) to hold the grading and evaluation used by PFF to a higher standard than perhaps deserved. The site is useful, but it’s not gospel.

That said, this is a case where the Vikings (who do pay attention to PFF, regardless of what they say publicly) should be happy with what the site has to say about their new guy.

Jones, who started 13 games last season with the Giants (12 at center, one at guard), graded out as the site’s 15th-best center among players with at least 500 snaps. That’s firmly middle-of-the-pack, and while it’s not something over which to turn cartwheels it is a reasonable sample size offering evidence of his steadiness.

Run blocking was not Jones’ strength, where he graded out with an efficiency of 60 (tied for No. 21), but pass blocking? His 82.1 grade was fourth-best among NFL centers last season (and considerably better than Elflein, I might add, who was No. 27 at 65.4).

*That’s not to say Jones should take Elflein’s job regardless of health because, again, the nuances of line play are tricky and PFF is not the only authority.

But it is notable that he’s proven adept at pass blocking. My good friend Tom Linnemann, who has played the game (TM), always says pressure up the middle causes the greatest discomfort for a quarterback. I’m not sure if new Vikings QB Kirk Cousins feels the same way, but I do know that — again, per PFF — he tied for the NFL lead last season with nine interceptions while facing pressure.

Bottom line is that Jones looks like a real asset, and for $2.9 million the Vikings bought a better chance to protect their $84 million investment.