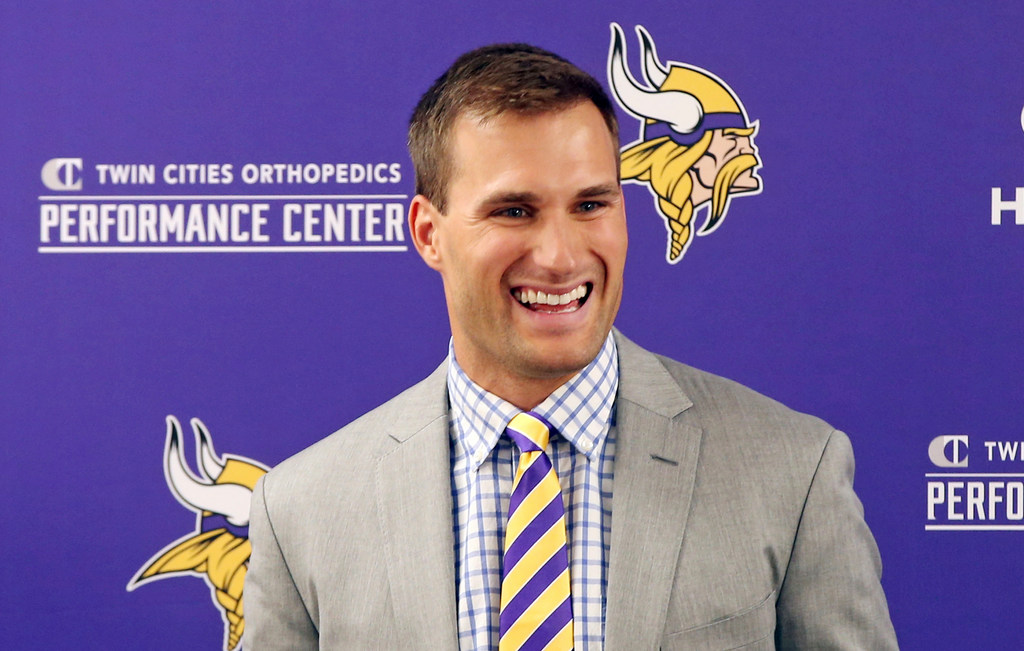 It’s been almost six months since Kirk Cousins signed with the Vikings in free agency, so when a 14-minute “NFL Life” video on Cousins’ path to Minnesota showed up on the Vikings’ web site recently there was natural skepticism that it contained much of value.

Turns out I watched every second. And it turns out there was plenty of value to learn even six months after the fact.

The episode basically chronicles the handful of days leading up to the official start of free agency in March, taking viewers right up to the time that Cousins is officially introduced as the new Vikings’ quarterback.

*We get an inside glimpse into negotiations, but we also see Cousins doing Google searches of teams and their offensive coaches before free agency officially begins.

At one point, Cousins is on the phone with agent Mike McCartney. He finishes the call and tells his wife, Julie, “The Jets came up to 30. Fully guaranteed, three-year deal.”

She’s looking at him saying, “Whoa …”

Cousins continues. “Now we have what we wanted. … (McCartney) has to do the same thing with the Vikings. He’s got to get them from 25 to a number that is competitive with the Jets’ offer. But the fact that we have the Jets offer is huge. Now it gives the other teams a reason to come up.”

This is confirmation of a report out of New York in March that the Jets did, indeed, offer Cousins $90 million (three years at $30 million each) fully guaranteed. The Vikings apparently started at $25 million per year, but they upped the offer to $28 million a year for three years. That was enough for Cousins, who took less money to come to Minnesota.

“How much should I make it about the money?” Cousins asks rhetorically. “As a retired player looking back do you wish you had made more money or you had won more games? … The hope would be that this isn’t a decision for two or three years. This is a decision for decades. It could be a place where we end up staying and raising our kids. This is a life-altering decision.”

*Rather humorously, when Cousins decides he’s committing to the Vikings he can’t get ahold of any of his closest loved ones to tell them. He calls his wife, mom and sister and gets voicemail each time. (His wife is in Cousins’ phone as “The Good Lady,” which we can see as he tries to call her).

Finally he decides to call an AAA automotive representative he had been bantering with earlier in the week to break the news.

*When Washington traded for Alex Smith, Cousins was in Minneapolis for Super Bowl week. The news, Cousins said, “came out of left field. No one had told me. No one from the Redskins had called to say it might happen or warn me.”

*Of his young son Cooper, Cousins amusingly muses at one point to his wife, Julie, “I wish we could raise him to have a British accent. That would be so cool.”

You can watch the full video here: