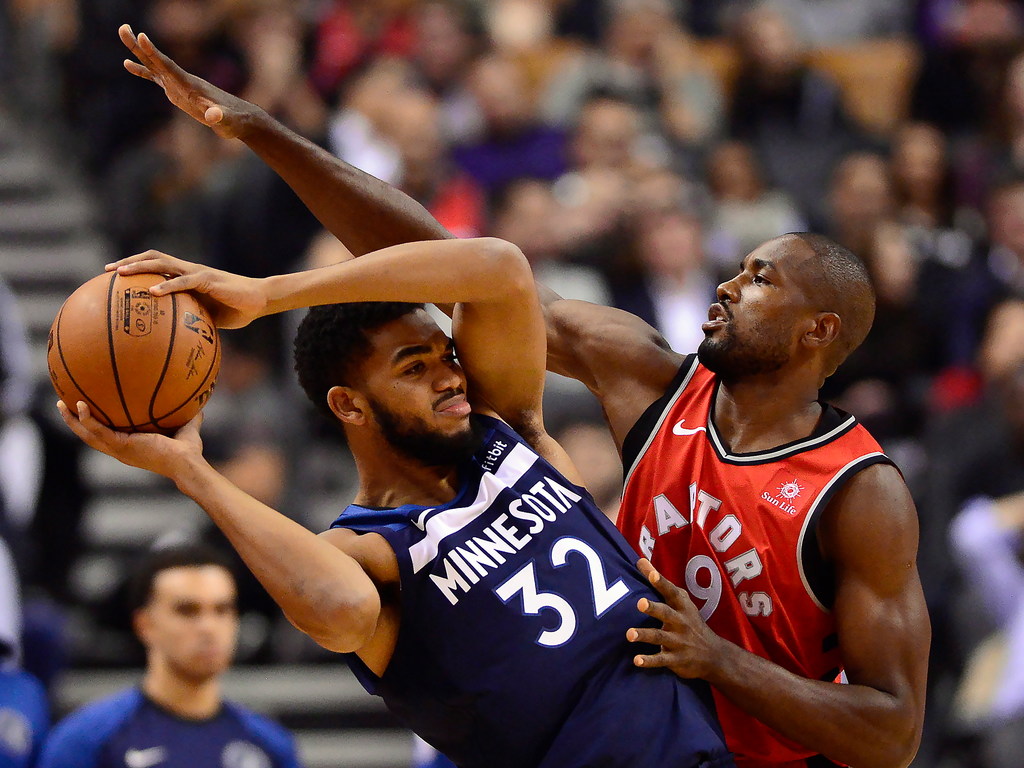 Five games of an NBA season is a hiccup more than a likely microcosm given that there are 77 more yet to play. In terms of the ratio of season completed, the Wolves have played the equivalent of one full NFL game. You wouldn’t judge the Vikings after just one game, right? (Wait, don’t answer that).

That said, the starts of any season in any sport lend themselves to microscope treatment. The first five games of any NBA season are judged more intensely as a group than, say, Games 44-48.

As a result, even with no other context or factors, Karl-Anthony Towns first five games for the Timberwolves this season would be drawing some scrutiny. A third-team All-NBA player just a season ago when he averaged 21.3 points and 12.3 rebounds, Towns has scored just 16.4 and grabbed 9.2 boards through these first five games.

It started with a foul-plagued eight-point opener at San Antonio and has generally been an unfamiliar struggle on offense from there for Towns.

That it has coincided with two other major things has only added to the scrutiny: 1) Whatever tension that exists between Towns and Jimmy Butler, the Wolves star who wants a trade and has never been shy about critiquing Towns (and is still awkwardly around to deliver those missives even while awaiting a deal); and 2) Towns agreed to a 5-year, $190 million extension in the offseason. With more money (though the deal doesn’t kick in until next year) there are greater expectations and quicker gripes. Just ask Joe Mauer or Andrew Wiggins.

The rhetoric ramped up even more after KAT’s 5-for-17, 14-point performance in Wednesday’s 112-105 loss at Toronto. In particular, there was a sequence late in the third quarter where Towns air-balled a three-pointer and was quickly subbed out. Wolves TV analyst Jim Petersen, who has praised Towns plenty over the years but also tends not to sugarcoat things, said on the broadcast: “KAT just has that look in his face like he doesn’t want to play tonight, so, so be it.”

You can read that as a question of his desire … or a little softer, like Towns was just out of sorts. However you frame it, Petersen wasn’t wrong. KAT looked off, and has looked off for much of this season.

Is that a cause for alarm … or do we need to hit pause and relax a little?

That’s a difficult and interesting question.

Let’s start by noting that it hasn’t been all bad for Towns. He’s making a more noticeable difference on defense and has 10 blocks in his last four games. In home wins over Cleveland (late) and Indiana (throughout), his defense — a self-identified point of emphasis this year — helped win the game.

He’s been held to 17 points or fewer in four of the five games, with his 31-point outburst against Dallas coinciding with the one game Butler missed while resting. That could be circumstantial or it could mean something.

I’ll stop there, but this gets back to the original point that things are more magnified at the start of the year. Do you remember thinking KAT struggled offensively (at least to the degree you do now) in any of those specific five-game stretches last year?

For his part, Towns doesn’t seem worried. “This is an anomaly to me,” Towns said after Wednesday’s game. “This is something that won’t happen usually. I go into the gym, work hard, I know what I put into my craft. … When it comes to the next game, I’ll be ready to go.”

Those are all valid contextual points, but … the subtext of Butler’s presence and Towns’ contract shouldn’t be ignored. If Towns thought Butler would be gone by now and that the offense (heck, the whole team) would be centered around him in a more positive environment, that hasn’t happened.

And if that’s the root of what’s going on here — if this is more than just a small sample size slump — something needs to give.