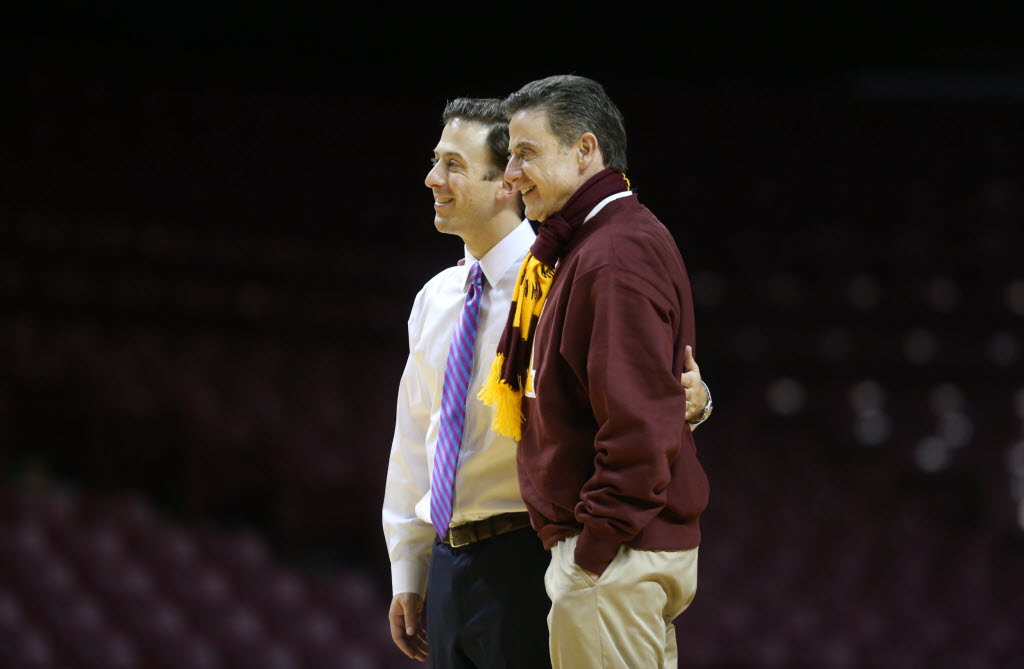 Former basketball coach Rick Pitino, who was fired by Louisville a year ago and said two months ago that he won’t coach again, nevertheless still follows the sport very closely.

“I love the game,” he told ESPN two months ago. “I still eat, sleep and drink it. I watch every minute of it.”

As such, Pitino gave his thoughts on Twitter about the 14 potential championship teams in men’s college basketball. He identified five “elite” programs: Virginia, Duke, Gonzaga, Michigan, and Kansas, as well as nine others that were either “almost elite” or had the “potential to be elite.”

Of the 14, three were Big Ten teams (Wisconsin and Michigan State in addition to Michigan). The Gophers — coached by his son, Richard — were not included.

That’s fair and accurate even with the nice start the Gophers have had to their season, but I had to have some fun so I tweeted the list to get the attention of Richard Pitino.

And his response was priceless.

Richard Pitino and the king of elite, Gophers football coach P.J. Fleck, are very tight. I can only hope and assume that was the reference.