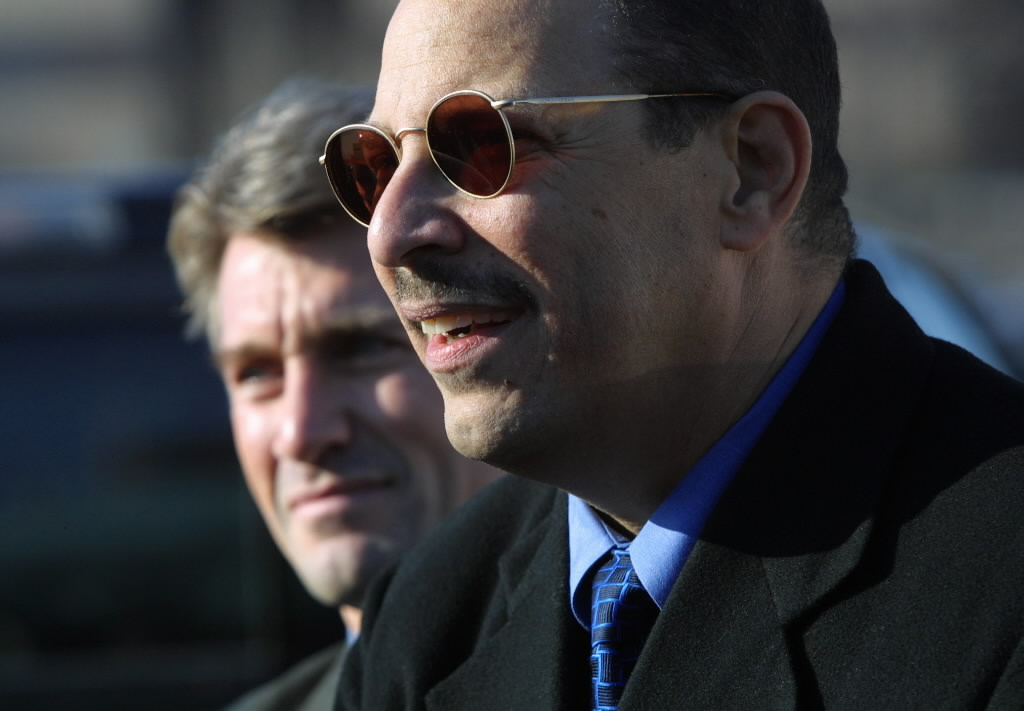 Well, here’s a strange blast from the past: Remember Donald Watkins?

Maybe you do. Maybe you’ve never heard of him. Or maybe you’ve done everything in your power to purge the memory of the very strange time the Minnesota Twins had off the field around 2001 and 2002.

But here’s the short version of why Watkins matters: The Alabaman made a bid in 2001 to buy the Twins from the Pohlad family for $150 million. It came at a time when the Twins were under threat of contraction from Major League Baseball but were simultaneously working on a new stadium.

Watkins promised to buy the team and privately fund a new ballpark. Problem was, his finances always seemed a little shaky. By the early part of 2002, even after meeting with local officials (he’s pictured above with former Minneapolis Mayor R.T. Rybak), he had been ruled out as a prospective owner.

And the Pohlad family, of course, never ended up selling the team.  The Twins that year won the first of six division titles in nine seasons. Target Field was eventually built. And here we are now.

So why is Watkins relevant on the last day of November, 2018? Because he was just indicted in federal court along with his son of seven counts of wire fraud, two counts of bank fraud and one count of conspiracy to commit wire fraud and bank fraud.

According to the indictment, from 2007 until at least 2014, the two defendants induced investors to pay millions of dollars into a bank account controlled by Donald Watkins Sr. by telling the investors that their money would be used for specific purposes related to the international growth of two companies associated with the defendants. Instead of using the money for those purposes, the indictment states, the two men redirected the funds for other uses, including the payment of personal tax obligations, personal loan payments, alimony, and clothing.

All I can say is, hoo boy. Imagine if somehow Watkins had managed to buy the Twins back then.