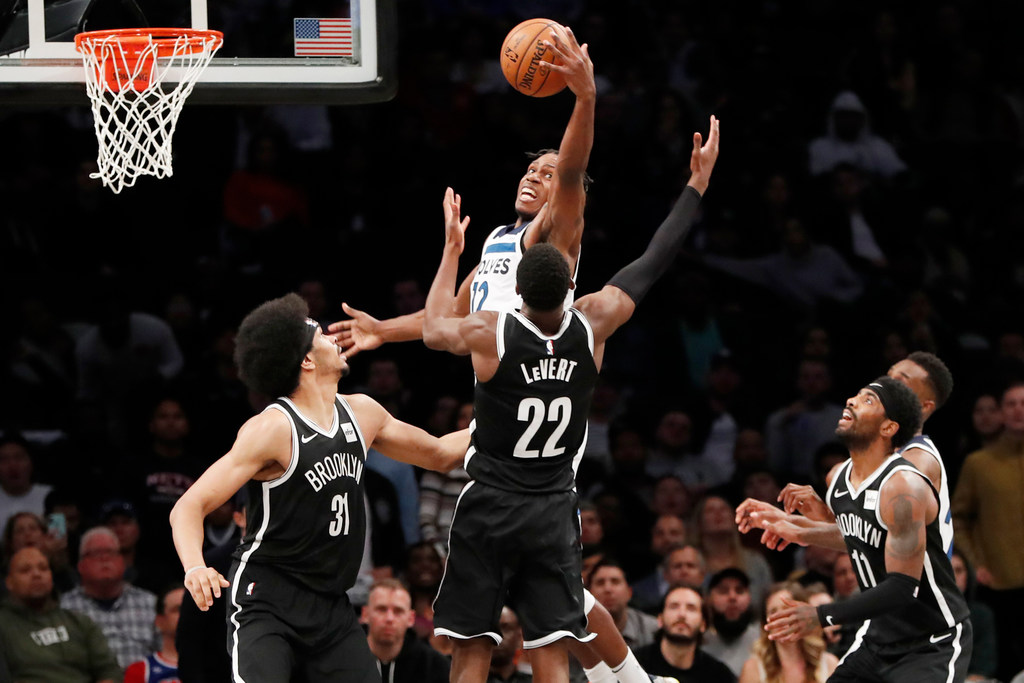 I often trade messages about the Timberwolves with a friend who is the very epitome of Minnesota fandom: defaulting to pessimism, but swayed into optimism with very little prompting (only to often swing right back into pessimism with equal velocity).

Before the season started, he was excited about the prospect of a Wolves rebuild but had low expectations for this season. After a one-point win at Brooklyn, in which the Wolves allowed 115 points in regulation and 126 overall, he talked excitedly about defense possibly being the team’s identity. And now he’s decided that a low playoff seed could be there for the taking given the injury to New Orleans rookie Zion Williamson, the suspension of the Suns’ Deandre Ayton and the putrid debut of the new-look Warriors.

Outrageous claims and one-game overreactions, of course, are not solely the currency of fans. They are also the lifeblood of TNT analyst Charles Barkley, who offered up a big one Thursday.

Where do we stand after roughly 1% of the season?

OK, I’ll play to my own inner circle group text stereotype (this is different than the messages with the other friend, by the way), whereby I play the “role” of eternal Timberwolves optimist.

I forgot to put the group text on “do not disturb” mode Wednesday when I paused the Wolves game late in the third quarter of a close game in order to help with the hour-plus routine that it takes in our house to put two young girls with night owl tendencies to bed.

As such, I was alerted to a message that came across at 9:19 p.m. reading: “Welp, RandBall is going to be unreadable tomorrow.”

Any frustration over having the outcome spoiled (clearly they had won) has been mitigated by the utter restraint I have shown in making it a full extra day without writing about it. Joke’s on them!

OK, but seriously, there were things to like about the Wolves’ 127-126 overtime win at Brooklyn, a playoff team a year ago.

Karl-Anthony Towns was everything advertised in a more versatile offensive role, and his defensive effort was encouraging (with three steals and three blocks telling part of the story). Treveon Graham looks like the ultimate glue guy — someone who won’t necessarily stuff a box score but will do the little things, including snagging a huge offensive rebound in overtime.

The interior defense (including KAT) was excellent at snuffing out lob plays at the rim. And the second unit was a strength all game and probably the biggest factor in the victory.

The biggest negative was familiar and predictable: The Wolves committed to taking more threes (43!) but they made just 13. And that was with KAT hitting 7 of 11 while everyone else went 6 for 32.

They also had no answer for Kyrie Irving, save for the last play when Josh Okogie guarded him and Kyrie may or may not have intentionally tried to pull of an impossible playground ballhandling move, and at the very least almost did regardless of intent.

And of course there was Andrew Wiggins, whose overall inefficiency (10 for 27, no assists, minus-26 in the box score) was only somewhat mitigated by some well-timed drives and buckets late.

If you’re really determined, I suppose, you can argue that the Wolves winning in spite of Kyrie’s debut 50 and their own chucking bricks (with Wiggins leading the way most of the night) shows there might be a path to more and better victories in games where more things click.

But enough wins to be frisky enough to rise up and contend for a low-end seed in the West?

You can write the Clippers, Nuggets, Jazz, Rockets, Lakers and Blazers in ink. You bet against the Spurs at your own peril. The Mavericks, Pelicans and Thunder are in the mix.

Wait, I haven’t mentioned the Warriors? I was saving them because of Barkley, who asserted at HALFTIME OF THE FIRST GAME OF THE SEASON Thursday against the very good Clippers that the Warriors, who have been to five straight NBA finals, are going to miss the playoffs because they can’t score enough. Did I mention injured Warriors guard Klay Thompson was sitting right there?

You don’t believe me?

As long as we’re overreacting to the 141-122 loss, I’d say the Warriors’ defense was the most alarming part. And offseason/current Wolves target DeAngelo Russell was a minus-35 in 33 minutes (though he did have 20 points and 8 assists).

But imagining a world where the Wolves make the playoffs this season and the Warriors don’t?

I’m going to need at least two games before I can commit to that.