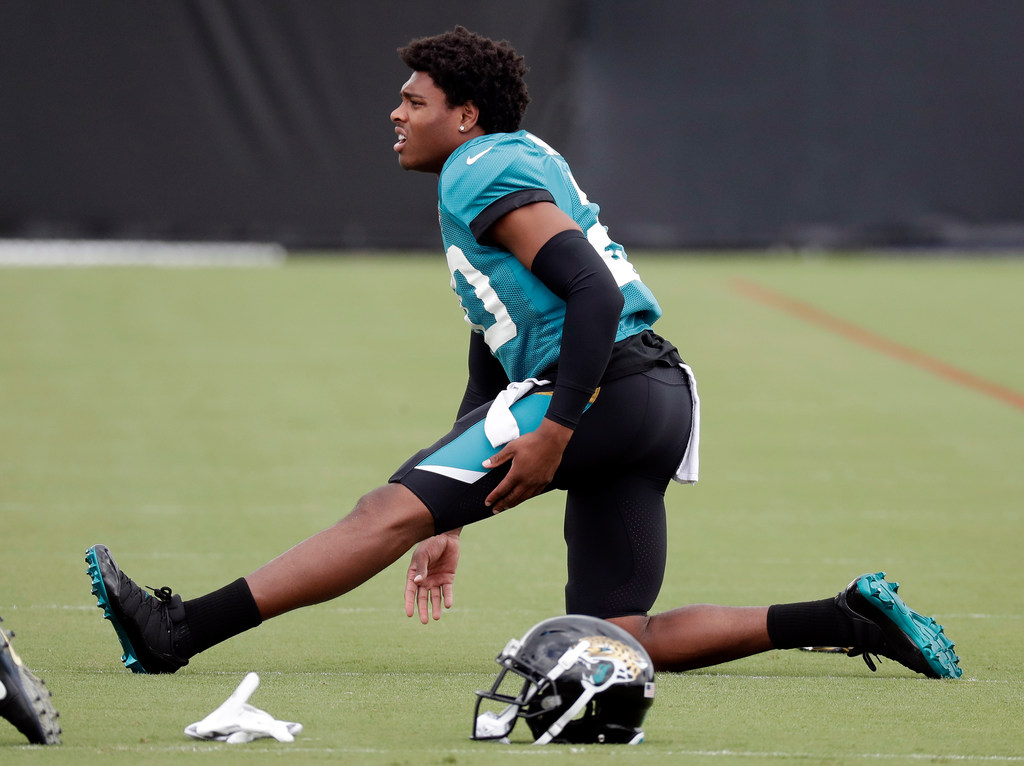 Welcome to the Wednesday edition of The Cooler, where it is always important to speak one’s mind. Let’s get to it:

*Jaguars cornerback Jalen Ramsey is one of the best in the NFL at his position. He’s also a prodigious trash-talker who has never been afraid to give an honest opinion.

His penchant for mixing it up led him, in fact, to get suspended by Jacksonville for this week after he yelled at reporters who were recording a training camp skirmish. That means he won’t be in Eagan on Wednesday and Thursday for joint practices with the Vikings, so we’ll just have to be entertained by the things Ramsey said in a recent interview with GQ.

In that piece, Ramsey runs through — and runs down — pretty much every NFL quarterback.

He calls Bills rookie Josh Allen “trash.” He has a very low opinion of the Ravens’ Joe Flacco and the Giants’ Eli Manning. He’s not sold on Jimmy Garoppolo, saying it was “all schemes” when the 49ers QB beat the Jags last year. Dak Prescott? “He’s good. He’s alright. He’s okay. I’ll put it that way.” Ben Roethlisberger is “decent at best.” Andrew Luck isn’t that good and Matt Ryan is “overrated.”

Whew. That’s quite a roll. He did praise a decent chunk of QBs, starting with Tom Brady and Aaron Rodgers.

Of particular interest to you, perhaps, is what he had to say about new Vikings QB Kirk Cousins: “I think he’s good. I think he’s a winner. … Coming off the play action, he’s the best quarterback in the league.”

I mean, Ramsey is pretty brash. But I would also invite you to try to spot the lie in his rundown of quarterbacks. It’s pretty spot-on.

*In ESPN.com’s standard league fantasy player rankings, the Vikings have a top-10 QB (Cousins), running back (Dalvin Cook), wide receiver (Adam Thielen), tight end (Kyle Rudolph) and defense. Oh, and Stefon Diggs is the 16th-ranked WR. I can’t recall the Vikings ever being bigger fantasy football darlings. It used to be Adrian Peterson and nothing else.

*Awful Announcing takes a look at the production lull in ESPN’s acclaimed “30 for 30” series and spins things ahead to what the future might hold for the documentaries.

*On the Braves postgame show last night, as best as I can tell: A fan showed up in the background behind the two broadcasters waving some sort of jersey. A security guard or some other team personnel ran to try to stop him. And it didn’t work out so well. Maybe just watch the video? 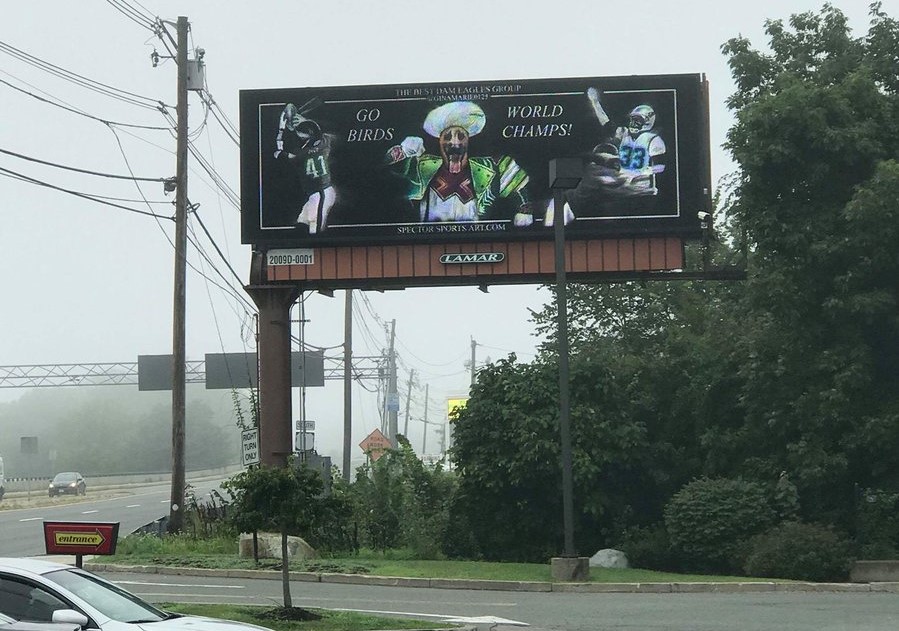 Vikings fans don’t have much love for the Eagles or their fans given the aftermath of the NFC title game in Philadelphia, but perhaps they can agree that at least one Eagles supporter pulled off a pretty solid burn.

Per SI.com, an Eagles fan living in Massachusetts raised $5,000 through a GoFundMe campaign to put up a billboard near the Patriots’ Gillette Stadium home celebrating the critical sack of Tom Brady that helped seal the Super Bowl in Minneapolis in February.

The billboard is positioned on a road traveled by Patriots fans traveling to Gillette from Boston — and they’ll pass by it on their way to the stadium Thursday when the Patriots have a preseason rematch with the Eagles. It is slated to be up until early September.

OK, come to think of it … that’s just not very nice. Maybe you don’t have to like Eagles fans as a result of this. Anyway, here’s the fan tweeting a picture of the billboard celebrating the Eagles’ one Super Bowl title (as opposed to the Patriots’ five championships): 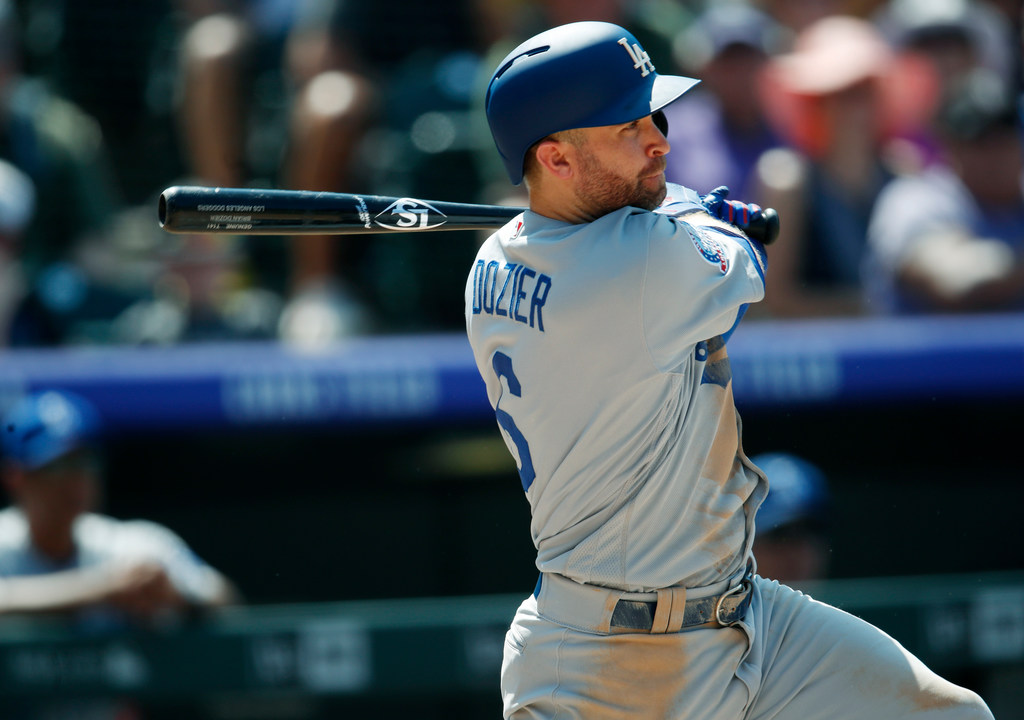 Former Twins second baseman Brian Dozier has been off to a hot start with the Dodgers since being traded two weeks ago, but on Monday he had to leave in the late innings of a 5-2 loss to the Giants with dizziness.

According to Los Angeles manager Dave Roberts, a subsequent electrocardiogram (EKG) — a test that measures the electrical activity of a person’s heartbeat — revealed abnormalities.

Dozier will reportedly undergo more testing, per MLB.com. The news comes just a few days after Dodgers closer Kenley Jansen was placed on the disabled list with an irregular heartbeat.

Dozier is hitting .282 and has a whopping 1.018 OPS in 12 games since the trade. He’s been an extremely durable player, appearing in at least 147 games each of the past five seasons with the Twins. 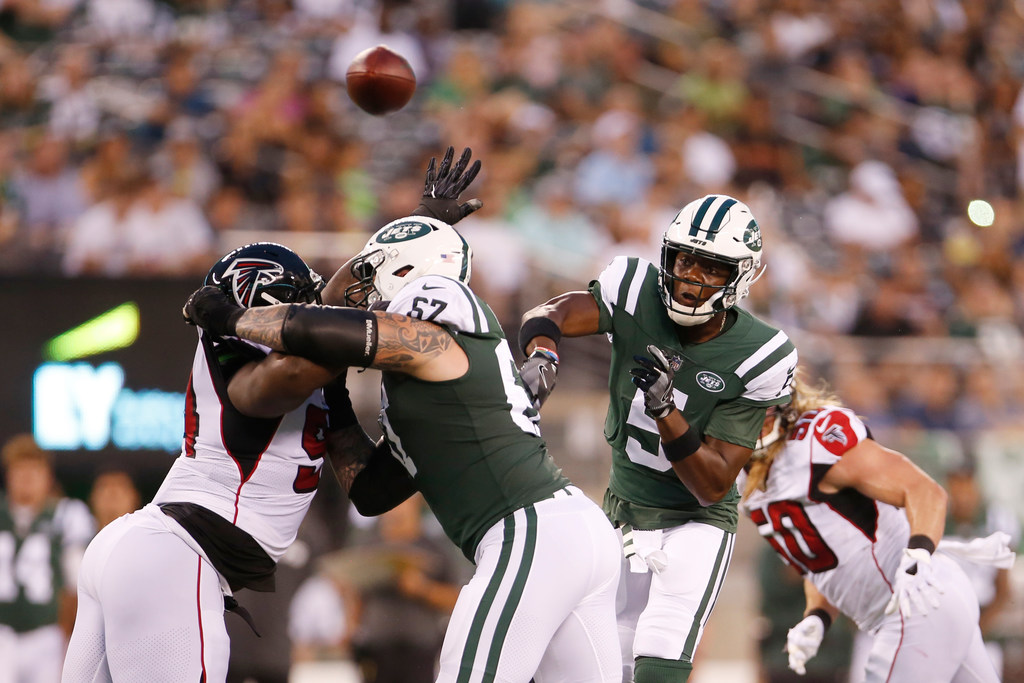 Welcome to the Tuesday edition of The Cooler. We’re off to a bit of a late start today because of VOTING. Did you vote? Did you get your sticker? Do you wish every task you completed in life came with a sticker? Away we go:

*Former Vikings QB Teddy Bridgewater looked sharp for the Jets in their preseason opener Friday, which was gratifying for anyone watching. It’s been nearly two full years since his awful injury in the 2016 preseason altered the Vikings’ QB landscape, and his performance Friday — including a TD pass and a field goal drive — was the most encouraging sign yet that he can still be a starting-caliber quarterback in the NFL.

Teddy’s work naturally ramped up further discussions of his ultimate place on the Jets’ roster as well. New York drafted Sam Darnold No. 3 overall and also has Josh McCown as a potential veteran starter. If Bridgewater is healthy, the Jets seem to have one too many options. The natural move would be to trade Teddy and play McCown until Darnold is ready.

The problem? There’s not much leverage right now. As crass as it sounds, the Jets and Bridgewater need another team to enter crisis mode — much like the Vikings found themselves in two years ago after Bridgewater went down — but there haven’t been any significant QB injuries early in the preseason. Other teams with QB question marks figure to at least ride out a couple more preseason games to see if their in-house options can cut it.

The best-case scenario for Teddy and the Jets is that he continues to sparkle in the preseason and a team with a genuine need for a starter emerges. Then the Jets could flip Bridgewater for a decent haul and Teddy could get a real chance for a fresh start.

*A few thousand Browns fans will get a free Bud Light when and if the team finally wins a game this season. If that’s the going rate for a regular-season win, it kind of seems like every Vikings fan in the world should get a grain silo full of the beer of their choice if and when the Vikings ever win the Super Bowl.

*We not only had a position player pitch last night, but Reds second baseman Brandon Dixon struck out Cleveland’s Jose Ramirez — and made him look completely silly in the process. 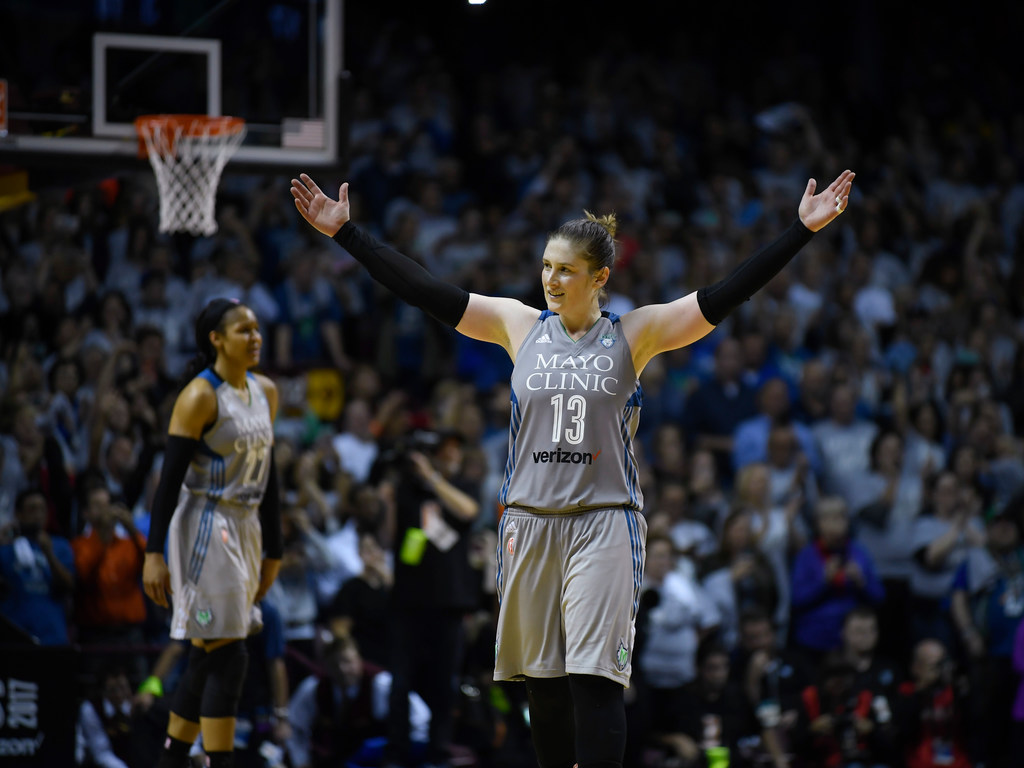 Welcome to the Monday edition of The Cooler. I guess I picked a good day to come back from vacation? Let’s get to it:

*Lindsay Whalen’s retirement, effective at the end of this season, became official this morning. The timing on two fronts was logical.

First, my assumption — and that of others as well — was that when she was named Gophers women’s basketball coach earlier this year she would play one season with the Lynx in a dual role before turning her sights to coaching full-time. She did a nice job balancing both jobs this summer, but the time demands of running a major conference program and running the point for a dynasty … well, that’s a lot to ask.

And announcing it now, before the end of the regular season so that it’s not a playoff distraction, also feels right. As a point guard, Whalen has always had impeccable timing and feel. She used those again with this decision.

More important, though, is the legacy she will leave behind. A couple months ago, I discovered I had reached the 20-year anniversary of my first Star Tribune byline. I’ve seen many things and covered plenty of breathtaking athletes since my first effort in June of 1998 (covering a high school golf state championship), but at the risk of advancing a cliche here is my personal “Mount Rushmore” of local athletes in the last 20 years (in no particular order):

What Whalen has accomplished with the Gophers, Lynx and as an Olympian is nothing short of amazing. And the coolest part is that we get to see if she can write another local chapter now as a head coach.

*Former Vikings wide receiver Mike Wallace, now with the Eagles, talked to ESPN.com about his long and winding career path. His 2015 season with the Vikings — his only year here — remains the least productive of his entire career.

*The Jets and Bills had a joint practice that turned heated Sunday as a fight between players on both sides spilled into the spectator area. Per some Twitter reports, fans even started fighting, too.

*The Browns punished a misbehaving football player by making him play more football, which probably makes sense only to the Browns.